BWRT® is a new therapeutic model which is achieving wonderful results every bit as fast as the modern need for an ‘instant fix’ requires.

‘BWRT®’ stands for ‘BrainWorking Recursive Therapy®’, a model of psychology and psychotherapy created by UK professional therapist, Terence Watts, MCGI. Like many other modern therapies, it allows a ‘core of privacy’ so that you do not have to divulge anything you would rather not talk about – in fact, the practitioner only needs to know how you feel and how you would prefer to feel instead. BWRT® is a completely new and different therapy based on the latest discoveries about the way the brain works and how it affects our moods, behaviour and emotions. Only Certified Practitioners have been trained to deliver BWRT® and all have to adhere to a strict ethical code. Find out more at http://www.bwrt.org 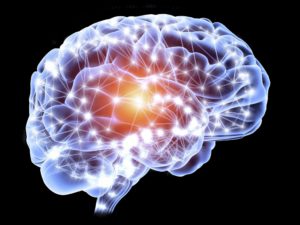 In 1983, the scientist Benjamin Libet made a startling discovery – all decisions are made by the physical brain around 1/3 of a second before we become aware of them. This means that we do not have free will – this is not guesswork, not an assumption, but a scientifically proven fact. There’s nothing mysterious or spooky about it and no assertion that everything in life is ‘pre-ordained’. The truth is actually far simpler than that. The truth is that the physical brain responds to input from the world and from our own senses, and instantly starts to assess previous experience for an associated response pattern. This happens at collossal speed and far below the level of conscious awareness and so it’s likely that what we consider to be the subconscious is just the physical brain process. There’s no value judgement being made, no ‘good’ or ‘bad’ course of action, just a pattern being matched. It’s no more selective than a computer keyboard – every key is as valid as every other key, and it’s only much later, when what we have typed appears on the screen, that a value judgement occurs as we assess whether what we have typed was what we wanted or not. The brain does not and cannot care, simply activating a pattern that has been activated before in response to similar stimuli.

A stimulus – data input – received by the brain covers around 50 meters of neural pathways in the 1/3 of a second before it reaches awareness, during which time it goes through thousands upon thousands of tests that check for a continued pattern match. Some of the neurons are as small as 1 mm long and the data input, which is travelling at around 200 mph or more, is tested up to 1000 times at each end of the neuron. For reference, the brain has around 85 bn neurons (some say 100 bn.)

Some people disbelieve the absence of free will, stating that they can easily change their mind about anything… And of course they can. But the decision to change their mind was formed by the brain up to 1/3 a second before they are consciously aware of it. Every thought we have has come from the brain’s continual monitoring process simply triggering a new ‘suitable’ response. Have you ever said something like: “What on earth did I say that for?” or: “I simply cannot believe I did that!” The reason is simple – the non-reasoning brain beat your conscious mind to the punch! Thoughts are slow and have to be considered. The brain has no such restriction. It just assess whether or not an input has a ‘registered response’ and if it has, activates it.

You might already be able to see that many ‘symptoms’ are the result of a behaviour or thought pattern ‘firing up’ that has been activated before. It might have been suitable or effective at one time but the fact that it isn’t now is of no consequence to the non-reasoning brain. If there’s already a pattern associated with the stimulus, activate it immediately before there’s any conscious interference. This now provides a clear and understandable answer to the old question of ‘Why does my subconscious do stuff I don’t want it to?’

BWRT® makes it possible, via a simple technique, to create a new response pattern to any stimulus so that the action the brain triggers is one that we want. It’s totally content-free, too, so the client doesn’t have to tell the therapist about deeply sensitive or intimate issues, making therapy far easier to conduct in a great many situations. The other great thing about it is that we don’t need to find the originating cause of a problem, only the worst conscious memory of it that the client can consciously find.

The title ‘BrainWorking Recursive Therapy®’ comes from the recursive looping process that we use to cement and strengthen the new behavioural response and two years of testing experience shows that the changes we make appear to be permanent and there is no evidence of symptom substitution.