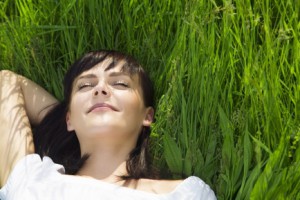 Hypnosis can dramatically ease the symptoms of IBS

Irritable bowel syndrome is one of the most common disorders of the digestive system. The organisation IBS Network estimates that it affects one third of people in the UK at some point and to some extent, and one in ten people have symptoms bad enough to visit their doctor. IBS is characterised by a collection of symptoms affecting the small or large bowel, which can cause pain and discomfort. The exact causes of IBS are unknown. IBS sufferers usually have no physical abnormalities in the bowel, so it has been suggested that there is a strong link between stress and IBS. What seems to happen with Irritable Bowel Syndrome is that the bowel becomes super sensitive and responds with violent contractions or spasms to stimuli such as stress or simply eating a meal.

IBS sufferers may experience a combination of some of these symptoms, with one symptom in particular occurring more regularly or with greater severity. Symptoms vary from the mild, where they don’t really affect someone’s quality of life, to the serious, prompting the sufferer to seek medical help.

Because Irritable Bowel Syndrome is such a loose collection of symptoms, there is no one definitive ‘cure’ for IBS. However, there are a number of self-help treatments that can alleviate and improve symptoms, such as diet and therapies such as hypnosis.

Changing your diet can help Irritable Bowel Syndrome symptoms, although just as symptoms vary among different people, so do reactions to different kinds of food. In very general terms, increasing the amount of soluble fibre in the diet through eating more fruit, vegetables and wholegrain foods, and drinking plenty of water, can be extremely beneficial. Foods that could be potential irritants and trigger symptoms, and which you might want to avoid, include caffeine, alcohol, spicy foods, wheat and citrus fruit.

How can hypnotherapy help with IBS?

IBS can often be stress triggered, ie stress is the stimuli which sets off the spasms, cramps or other reactions affecting the small or large bowel.

Hypnotherapy could help in the following ways:

Thanks largely to the work of Peter Whorwell of Wythenshawe Hospital, Manchester, hypnosis is now acknowledged by the medical profession as an effective treatment for IBS. However, his research doesn’t mean that it is universal opinion that hypnosis is the best treatment for Irritable Bowel Syndrome, nor does it mean that your doctor will be able to give you hypnosis as a treatment. Not all ‘lay’ hypnotherapists will be able to help either, if they haven’t had relevant training or experience in dealing with IBS.

Although hypnotherapy can help IBS, it is a medical condition. If you think you have IBS or are experiencing Irritable Bowel symptoms, then speak to your doctor in the first instance to get their diagnosis and advice on treatment.